There's an election on, you know 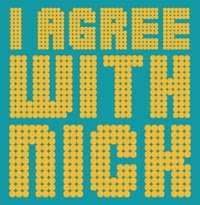 I've just been leaflet-dropping for the Lib-Dems, in a very rural area that takes a lot of walking. I suspect most of the people around here are Tory, but what the heck. At least they know we exist.

I've been a Lib-Dem supporter for years. A fully paid-up, card carrying but not very active member. Therefore, you'd expect me to be wanting you to vote for them. Well that's true, but at the end of the day I'd like you to make up your own mind. Maybe it's the Liberal in me, but ultimately I'll give you the info about us, and hopefully you'll agree.

If you don't, then fine. But last Thursday, people got to make their own mind up, for the first time in years. Normally, you see, people vote the way the newspapers and press tell them to, in my opinion. Most of the press are right-wing, a couple of papers are socialist leaning, but none of them are particularly Liberal. So the third party generally gets a hard time in the press.

But, for an hour and a half last Thursday, something changed. Three party leaders turned up on TV, and Nick Clegg from the Lib-Dems had a good night, as reflected by the opinion polls the next day. Three party leaders were talking about policy without any bias from an outside source, and people made their own minds up.

I suspect the papers won't like this, and will now be taking the liberals seriously. May I present, for example, the Mail on Sunday. Headline; "Clegg Nicks the Top Spot", a pretty positive headline. But let's turn to page 9. We get the following headlines;

"Most would vote Orange... but they will get Brown"

"His wife is Spanish, his mother Dutch, his father half-Russian and his spin-doctor German. Is there ANYTHING British about Lib Dem Leader?"

In other words, you can't trust the Lib-Dem leader, he associates with crooks, had a dodgy (perhaps, maybe, possibly) job in the past and by the way, he's not even British. Vote for him, and Brown gets in again. Are you scared yet?

The leader column, though, is almost deserving of a complaint to the PCC. Headline; "the charming Mr Clegg leads a loopy army" and goes on to point out that "Behind him in the shadows stand dense ranks of beards and sandals, with beliefs so loopily Left-wing that New Labour long ago abandoned or rejected them".

Well, I believe I'm quite intelligent, have no beard or sandals, and anyway if I did, so what? Disgraceful journalism. Insulting, xenophobic and scare-mongering garbage. And no specific mention of any policies.

Well, maybe I'm old fashioned, but I reckon people are intelligent enough to make their own decision based on facts. And that happened after the last debate. Even if we'd have done badly, people finally got to make a decision on their own. And this election is all the better for it, so the press had better get used to it!
Posted by Chris A Tye at 3:28 pm