Electric car? I'd rather walk 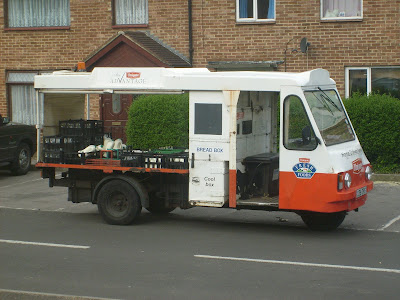 Nissan have announce that they are producing the new Leaf electric car at their plant in Sunderland. Excellent news for the economy, and good news for Sunderland. The Leaf is a fully electric, battery powered vehicle that is the world's first mass-produced electric car.
But it's rubbish. And, I will explain why I think this, bearing in mind I've never driven one.
Because, with petrol at £1.16/litre, it would seem to be a good idea. Oil costs a lot to refine, is controlled by a few countries (some of which, lets face it, have dubious political systems), and pollutes everything. I'm sceptical about global warming/climate change being caused by cars, but as a country-dweller I notice my chest getting tighter when I get to work, due in no small part to the fumes in the atmosphere. On top of this, the internal combustion engine is full of mechanical bits that can, and do, go wrong. Electric cars have less moving bits to break, don't produce any pollution (asides from what is used to generate the electricity in the first place), and are quieter than normal cars.
But, the battery-powered car, as it stands, is not the solution. Here's why. The American website for this vehicle provides the facts that will kill this car dead for most people. The site actually lists these as the top three questions - remember it's an American site, but the car is the same.
Q. How much will the Leaf cost:
A. At this point we're unable to give an exact price, but we're targeting in the range of other family sedans.
Q. How far can you drive on a single charge?
A. 100 miles per charge under average, everyday driving conditions.
Q. How long does it take to charge the battery?
A. 4-8 hours on a 220v home charging unit. At quick-charge stations, it will charge to 80% in about 26 minutes.
So there you have it. It'll cost the same as a standard car, but can only do 100 miles and takes 8 hours to charge, unless you are incredibly lucky and find the only garage in the world with a fast-charger, in which case you can do another 80 miles after nearly half an hour charging. And remember, that assumes it's not nighttime - your lights will use the battery quicker. It assumes you aren't sat in a traffic jam. It assumes the roads are flat - uphills will use the battery quicker. It assumes the batteries are new and can hold a full charge, old batteries lose efficiency.
My car has a one litre engine, costs about £35 to fill up, does 350 miles between fill-ups, and if I run out of fuel I can top it back up in about 5 minutes average. So why would I want a car that isn't as good? Answer, I wouldn't.
Sadly, though, people will buy this pile of dung, because they believe that if they don't, the planet will die by next Tuesday. The Government loves it, because they can be seen to be green, without risking fuel-tax income - let's face it, no sane person will buy one, and we'll all be filling up at the current extortionate prices for years to come. In fact, the Government can now increase fuel tax further, because they can use this new car as an excuse; "well you've got a choice now, haven't you." Well no I haven't, because 100 miles a day is on the edge of what I do on a daily basis, and I guarantee that the miles I put in, I will run out of battery power sooner rather than later. The RAC/AA will grow to hate these vehicles, I'm sure.
Annoyingly, there is a sensible alternative. The hydrogen fuel cell. Simply, these are still electric vehicles, but instead of batteries to store power, you fill the car up with hydrogen and pass it through a catalyst, which produces electricity. They still need development, but are far superior than battery cars in every way. Firstly, they have a greater range than batteries, and secondly, they can be refuelled in exactly the same way as your current car. And that's the key. They have the advantages of electric cars, but work in exactly the same way as your current vehicle; you fill it up when it runs out. The only pollutant is water. And you can produce hydrogen from water, using electricity, so there's no excuse for not using renewable sources to do this.
Instead of spending vast money on subsidies for battery car plants, doesn't it make sense to develop this technology? It works, it's nearly ready, but with a big push, fuel cells would revolutionise personal transport within ten years, I'm sure of it. And we could all forget these ridiculous, overpriced, impractical milk floats that companies like Nissan keep trying to push onto us.
Posted by Chris A Tye at 8:38 am