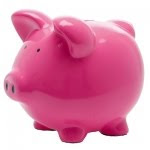 The banks appear to have won the great bank charges debate, thanks to a high court ruling that basically says the OFT aren't allowed to rule on whether charges are fair or not.

There are two points of view about bank account charges. The first is from the point of view of people who are careful with their cash, never go overdrawn, and aren't subject to charges. They argue that if, as banks claim, the charges they levy on unauthorised overdrafts and the like allow them to continue to offer free bank accounts, then why should they have to start paying a monthly fee on their account? Which is true, I guess.

The other view is, that in today's modern age, it costs next to nothing if the bank has to refuse a payment. They don't even send letters anymore, if you have a paperless account. In my experience, the people who are regularly running up charges on their accounts are either bad at finances, which is their hard luck, or more likely the low paid, who are only permanently running up charges because it's the charges themselves that are putting them in the red. If you are having financial difficulty, it seems a bit unfair that you are subsidising people who can easily afford to pay their way in life, by luck or judgement. Anyone can fall on hard times in the future, and we'll see if some of the smug 'well don't go overdrawn then' smart-alecs are so clever if their financial circumstances change. City centres the country over are populated with Big Issue sellers who probably didn't expect to be in a position of homelessness.

Here's a couple of examples. 3 years ago, I bought a telly over a 2 year loan, but accidentally gave the d/d details for a savings account with no money in it. That's my fault. The bank charged me because they refused to pay the bill, because there was no money in the account, and no overdraft facility. They took the charge from the very same account, making it overdrawn and incurring a charge for an unauthorised overdraft. The company taking the money charged me for the rejected payment, and because the d/d was set for the payment due date, they charged me again for being behind with my payments. That one error cost me £130 in charges, for a £40 payment, one charge being for something the bank did but wouldn't let me do, and one because there was no leeway on payment dates. Which I think is unfair. There's no way the cost to the banks was anywhere near that amount.

3 months ago, a payment took our joint account over it's limit. We were charged for this. The bank also rejected two direct debit payments, one of which was for £8. Total charges; £105. We put money into the account to cover being overdrawn - we'd already worked out we needed more money that month, but because the bank couldn't be bothered putting a letter in the post we thought we'd put the money in on time. We hadn't, and next month the exact same thing happened. Ironically, the only reason we went over our limit again, was because of the £105 charge. So, going £50 over the overdraft limit will probably end up costing us the thick end of £300.

I don't think that's fair. I accept it's my fault, but for one small error I'm penalised beyond my means - we haven't go £300 to spare. Especially when I know that the cost to the bank was limited. The bank, incidentally, has changed the charges on it's account to much less, as have others, and I suspect they didn't expect to win today's ruling. They did, and can now continue to take our money at will. And although I'm no socialist, the poor subsidising the better off is wrong.

The one thing it has done is make me more determined to end my reliance on banks, so today is the first day of my 5-year plan to pay off everything I owe. Then I can tell the banks to shove it.

Incidentally, I work for a bank. I like my salary, so will say no more than refer you to the famous words of Mark Twain;

"A banker is a fellow who lends you his umbrella when the sun is shining, but wants it back the minute it begins to rain."
Posted by Chris A Tye at 12:51 pm